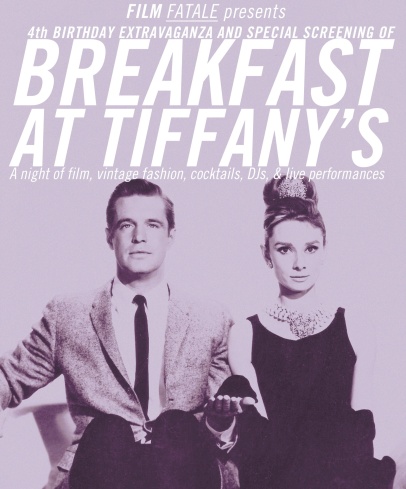 Walk the red carpet. Have your picture taken at our photo booth. Relax at your cabaret table with a glass of Holly’s famous party punch or a 1960s classic cocktail and fresh cinema popcorn served from the Film Fatale usherettes. There will also be unlimited birthday cake and pre-film live music including Henri Mancini’s unforgettable ‘Moon River’ from the film.

The film will be followed by the Swinging Sixties Vintage Party that will take you back in time to the decadent days of cinema’s most iconic party girl, Holly Golightly, for a night of vintage fashion, retro music, cocktails, dancing and good old-fashioned fun in Dublin’s Sugar Club.

Was there ever so elegant a heroine as Audrey Hepburn’s Holly Golightly? Her charm and sparkle have touched audiences for over half a century. The deliciously eccentric New York city playgirl is determined to marry a Brazilian millionaire but her long-suffering neighbour George Peppard has other plans.

The after-party will feature live music and Film Fatale’s resident retro DJs The Andrews Sisters’ Brothers who will play dancefloor fillers from the late 1950s through to the 1970s and the days of Disco.

This red carpet, glamorous extravaganza has a vintage dress code, so come along in your finest vintage ensembles or pay homage to the high fashion and mod style of the film, emulating Audrey Hepburn or one of her many dashing suitors.

SCREENING SOLD OUT PLEASE JOIN US FOR THE AFTER-PARTY 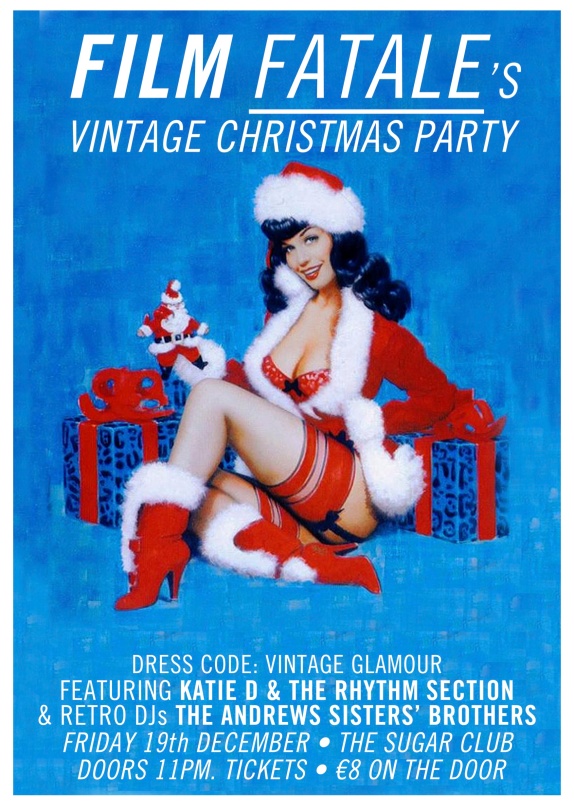 This toe-tapping, glamorous musical extravaganza has a vintage dress code, so get in the festive mood by dressing up your most dashing suit or glittering vintage Christmas ensemble.

The fun begins with Film Fatale dancers and live music from Katie D and The Rhythm Section followed by Maestros of all sounds retro chic, Film Fatale resident DJ’s The Andrews Sisters’ Brothers who will be your trustworthy vintage music selectors for the night and play your favourite dancefloor fillers from the 1920s to the 70s.

Do the Christmas congo or rock around the Christmas tree with a vintage cocktail in hand and celebrate the festive season the good old fashioned way with Film Fatale.

Tickets €8 on the door only*

*(Discount flyers will be posted on Facebook the week of the event and sent out through our newsletter which you can sign up for here, simply show the flyer on your phone ) 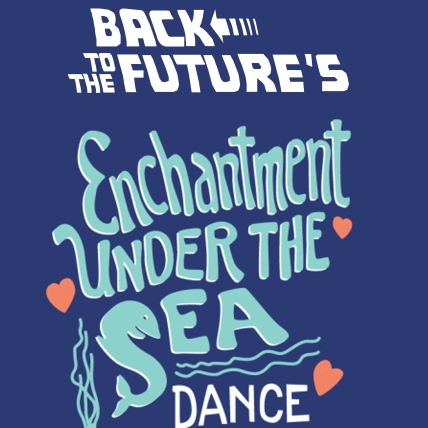 Power up the flux capacitor and hop into the DeLorean!

This 15 November, The Producers will transform Dublin’s The Sugar Club for a reimagining of Back to the Future’s 1955 Entertainment Under the Sea Dance.

This annual event, now in it’s third year, includes a screening of Robert Zemeckis’ hilarious time-traveling comedy-caper followed by the Enchantment Under The Sea Dance where audiences can experience the 1950s Hill Valley High School Prom.

Have your photo taken in a real DeLorean time machine. Or drink punch and swing-dance to our live band, Marvin and The Starlighters, who will blast out Johnny B Goode and other hits from the movie. Meanwhile, retro DJs The Andrews Sisters Brothers will push the flux capacitor into overdrive with their party hits from 1955 to 1985.

The most iconic film of the 1980s, Michael J Fox stars as 1985 teenager Marty McFly. He’s broken the time barrier, busted his parents’ first date and, maybe, botched his chances of ever being born. Marty must bring his parents back together at Hill Valley High’s Enchantment Under the Sea Dance. Helped by the eccentric Doc Brown (Christopher Lloyd), he must wait for lighting to strike, fix the DeLorean and get back to the future — all in time to get to school the next day.

Help set the scene by dressing up for the 1950s or a 1980s school dance. Have your photo taken in our nautical-themed photo booth or our DeLorean, and be crowned prom king, prom queen or class clown.

Be there or be square!

Enchantment Under The Sea Dance from 10.30pm

tickets €10 on the door only 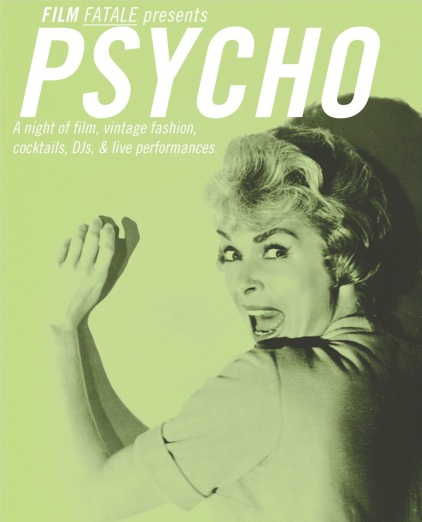 A femme fatale on the run and a shy, handsome in-keeper with a secret, director Alfred Hitchcock brings us on a journey to The Bates Motel, a remote, aged lodge with a terrifying story to tell. Who is Norman Bates? And what is wrong with his mother? Is anyone in the Bates Motel safe? Even if you know the answers, you still can’t prepare for the scares that are so beautifully punctuated by Bernard Herrmann’s score of screeching violins, violas and cellos.

The Film Fatale Swingin’ Sixties party will follow the screening, where you can go-go dance to our live band, and do the twist to resident retro DJs The Andrews Sisters’ Brothers, who will be playing music from the film’s era.

The audience is invited to help set the scene by dressing up in their vintage finest, paying homage to 1960s or mirroring the famed sartorial style of Hitchcock’s heroines. Film Fatale will set the scene with a mini recreation of the 1960s in The Sugar Club side bar — a perfect chill-out room where you can step away from the busy dance floor and sit back with your 1960s bespoke cocktail designed especially for the night.

Join us at Film Fatale for a screening of this glamorous suspense-horror masterpiece and a night of sixties Hollywood glamour, vintage music, cocktails and dancing.

Please note: people with a weak disposition will be tied to their seats and have their eyes clamped open to ensure they don’t miss a single second of suspense and horror. We are not responsible if the ‘horror’ causes you to have a heart attack but we will call you an ambulance. Dressing up as Psycho is fun. Trying to kill fellow movie goers is not.

After-party from 11pm with tickets €7 on the door only

Embrace the Swinging Sixties on October 18 for a night of cocktails and dancing, vintage glamour and retro music, in The Sugar Club, Dublin. Film Fatale’s 1960s Mad Men-esque party will celebrate the fashion and music of one of the greatest decades.

Slip into the sixties with live music from Miss Truly Divine and her Indulgents, followed by the queen of sixties style and music, DJ Dandelion and retro chic DJs The Andrews Sisters’ Brothers who will be your trustworthy guide to all things vintage, bringing you on a tour of music evolution with your favourite dance floor fillers from the late 1950s through to the 1970s and the days of Disco.

Pay homage to the 1960s by dressing up in vintage style. Embrace fabulous swing dresses, mod chic, go-go glamour, Don Draper cool, or 1960s rebel style, or just your vintage finest, and imagine you are in Mad Men with our 1960s-style cocktail bar.